Symposium at the Conference on Complex Systems 2017

Explaining psychological phenomena, such as decision making or depression, is complex. What exactly goes on when making a decision or how do you get into a depression? Recently there has been interest in probabilistic models that are to a certain extent self-organising. For instance, diffusion processes are a popular choice to describe decision making. Such processes can be seen as a ‘mean field’ approach to a self-organising system where the active or inactive state of a unit is determined by local interactions with other units. Such processes are informative of how decisions are taken and attempt to describe the process evolving over time.

A prime example used in psychology for self-organising systems is the Ising model. In the Ising model, borrowed from statistical physics, the probability of a node is determined by the number of active neighbours and the connection strengths to those neighbours. Higher order interactions are ignored in the Ising model. The Ising model appears to give an accurate description of depression and is able to explain phenomena like sudden mood shifts (phase transitions) and resilience to improvement by therapy. Such models are essential in psychology because they provide a better description of what is going on and provide a way to determine how to intervene on patients. Additionally, such models allow for predictions about particular changes to the system (model). For instance, if a connection between units or a unit itself were to be removed, then we can use theory to describe what the consequences will be. This will provide powerful advancements for the field of psychological processes.

In this symposium we will provide several examples of the principle of self-organisation used to describe and predict psychological phenomena related to decision making and psychopathology. The aim of this symposium is to introduce the audience to psychological process modeling and to discuss the state of the art as well as discuss challenges of this emerging field. 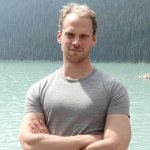 There are over 7 billion people in the world, each with a different brain containing 15 to 33 billion neurons. These people are intelligent entities who develop and change over time and who interact with each other in complicated social structures. Consequently, human behavior is likely to be complex. Lines of research have recently emerged that conceptualize behavior as complex systems of interacting psychological, biological, and sociological components, characterized by the use of dynamical systems and network models. This conceptualization allows for novel insights in psychological phenomena: phenomena, such as the occurrence of symptoms, can be considered emergent behavior in a complex system, making it possible to investigate symptom based therapy, attractor states (e.g., a depression) and critical transitions (e.g., relapse into substance abuse).

This presentation will provide a conceptual introduction to the topic of this symposium and will discuss four questions of this emerging field: (1) Can we estimate the structure of psychological dynamics (networks in which nodes are variables and edges are statistical relationships). (2) Does psychological behavior feature attractor states and critical transitions? (3) Are attractor states resilient to change?, and (4) How can we assert control over the complex system? For the last topic, we introduce a new direction in psychological complexity research: process modeling, which will form the overall theme of the remainder of the symposium. 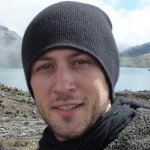 The goal of psychopathological research is to find interventions that move patients in a state without symptoms. Recently network models of symptom data have been proposed to generate possible interventions and judge their effectiveness. While these models are attractive because they can be estimated directly from symptom data, they have two downsides: first, symptoms may not be the ideal level of analysis because they are summaries of more fundamental variables. Second, the expressiveness of these network models does not match the complexity of psychological disorders. Here we present first steps towards a realistic computational model of major depression based on coupled differential equations. We begin by simulating a functioning individual and then discuss how to formalize different etiologies of depressive symptomatology. In addition, we discuss how to support the model with data and how to maximize its usability for other researchers. 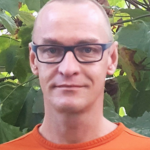 Education invariably ends with an exam. About a century ago it became possible, and popular, to administer the same exam to large numbers of learners at once. This paved the way for the statistical analysis of the responses of learners to exam questions. A new field in the statistical sciences emerged, called psychometrics. Psychometric models take the form of a weighted directed bipartite graph comprised of an observable on the head side and one of a small number of unobserved “explanatory” variables on the tail side of the arrow. These models are eerily accurate at describing the outcomes of learning. Regardless of the age of the learners, their geographic location, the content area, a weighted directed bipartite graph with a hidden layer does the trick. Sure, the weights are different at different ages, the number of hidden nodes depends on the content, etc. But a century of analyzing exam data has found that there always is such a weighted directed bipartite graph with a hidden layer.

Why this should be the case is a question that is not only not answered but is even not asked. In this presentation we’ll deal with exactly the “why” question, and how “it” emerges from the interaction of what we teach (can’t change that) and how we teach it (could change that).

The reason for doing so is not without importance. In a psychometric model either the weights or intercepts change (which effects all learners at once), or the value of hidden nodes change (which effects all questions at the head of its arrows at once). That is not how learning nor teaching happens, and consequently has little to offer to learners or teachers. We propose an alternative view that a) does justice to the fact that weighted directed bipartite graphs with a hidden layer fit the data to (near) perfection, yet b) opens up the way to make it preventable through teaching. 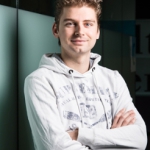 A network of dynamical units can generate a complex systemic behavior. Examples include human cognition emerging from a network of neural cells, ecosystems from food webs, and cellular regulatory processes from protein-protein interactions. A first important question is: which agents are the ‘drivers’ of the systemic behavior? A second question is: can we detect emergent phenomena, particularly ‘criticality’ (susceptibility to small perturbations)? We address these questions using the concept of ‘information dissipation’ which we are developing. This is the idea that Shannon information is first stored in an agent’s state, and then percolates through the network due to the agent-agent interactions. One of the main findings is that the most influential information spreader are not the most well-connected nodes. I will present recent work on addressing the above questions through analytical results, computational modeling, and a preliminary analysis of a psychological symptom network.