Our two new papers discussing the application of network analysis to psychiatry research are now published as advance access in the journal Schizophrenia Bulletin.

The first paper (pdf) is a brief theoretical framework describing how the network approach can be used to investigate the interplay between environmental risk factors, expression of psychosis, and symptoms of general psychopathology. We provide an example network constructed from the Early Developmental Stages of Psychopathology (EDSP) study in order to determine the network structure pertaining to three environmental risk factors (cannabis use, developmental trauma, urban environment), dimensional measures of psychopathology, and one composite measure of psychosis expression. The results suggest that network models can successfully serve to disentangle the mechanisms that underlie this interplay: Environmental factors may (1) exert main effects on specific (sets of) symptoms, which subsequently spread through the symptom network and (2) increase the strength of interactions between symptoms, leading to a more strongly connected and less resilient network structure. 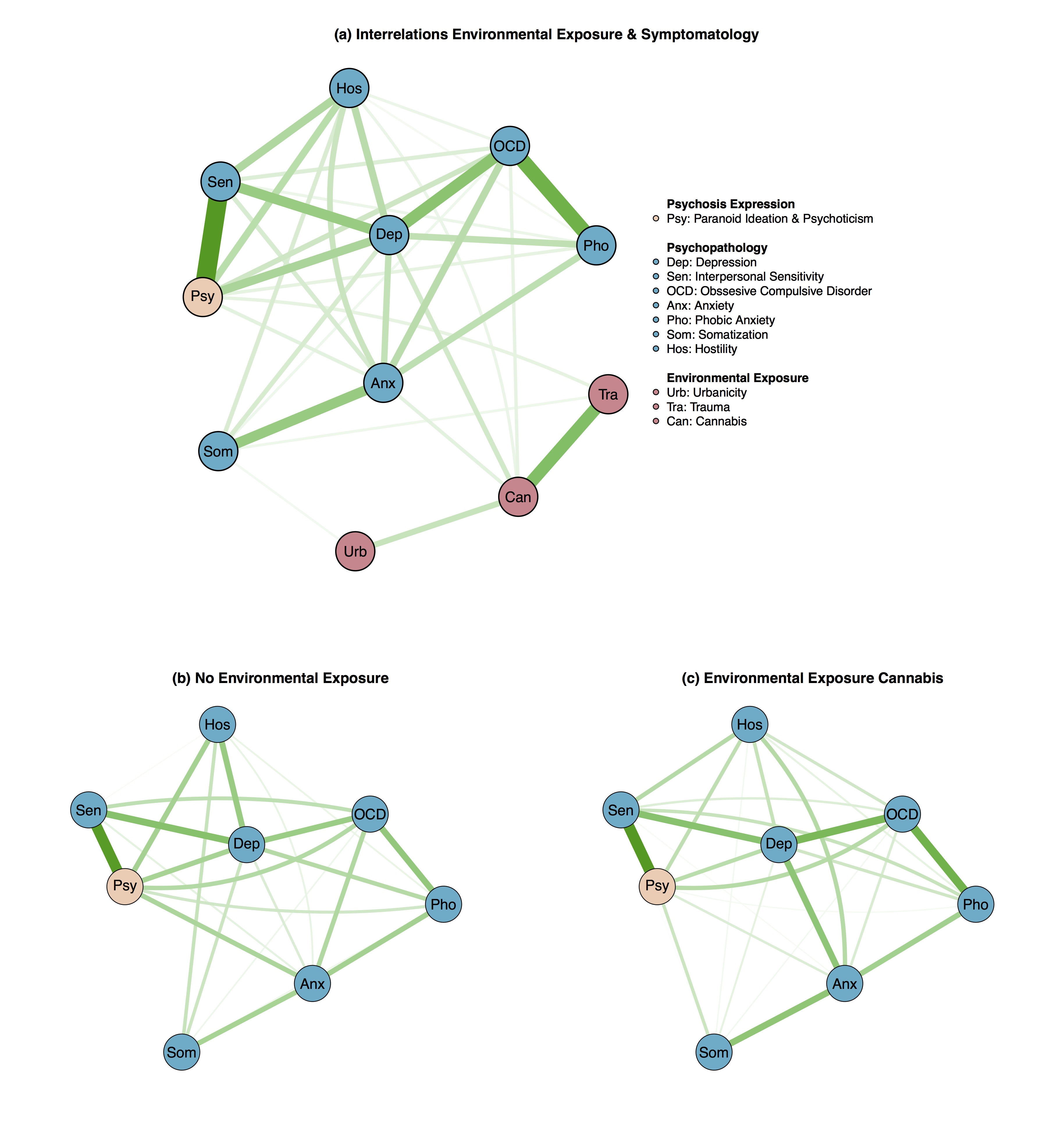 The second paper (pdf) is a detailed study concerned with potential pathways between childhood trauma and psychotic experiences, investigated from a network perspective. We used data from patients diagnosed with a psychotic disorder from the longitudinal observational study Genetic Risk an Outcome of Psychosis Project and included the five scales of the Childhood Trauma Questionnaire-Short Form and all original symptom dimensions of the Positive and Negative Syndrome Scale as nodes in our network. The results show that childhood trauma is connected to the positive and negative symptoms of psychosis only through symptoms of general psychopathology. To highlight these pathways, we further constructed shortest path networks showing the quickest routes from each trauma node to each of the positive and negative symptoms. Overall, our findings suggest that several symptoms of general psychopathology may mediate the relationship between trauma and psychosis, providing evidence for an affective pathway to psychosis and re-emphasizing questions regarding the specificity of trauma to psychosis. A poster highlighting the main results of this study can be accessed here. 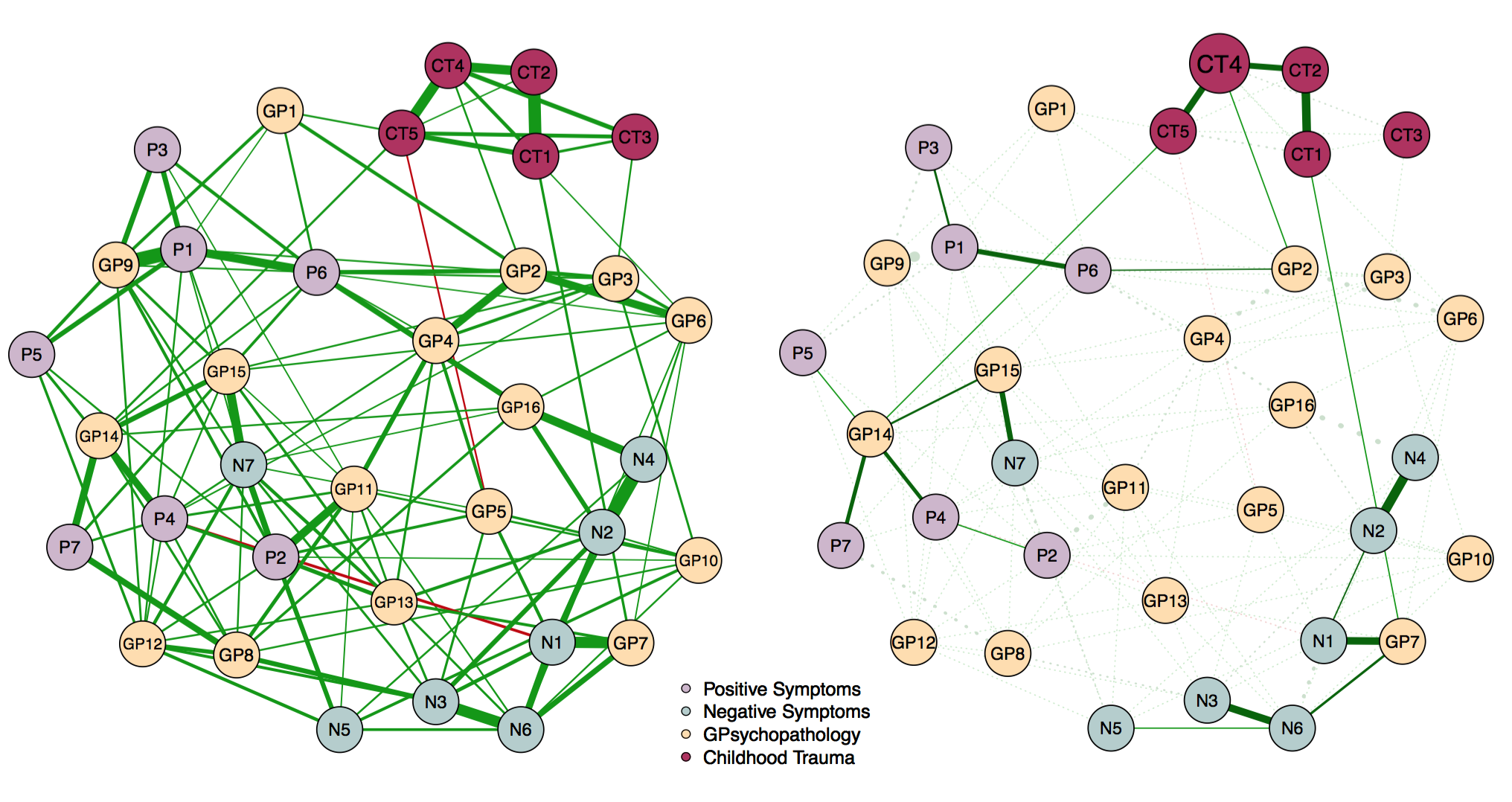